Did you hear? There’s dramatic change ahead — portended (among other portents) by the New Moon in Capricorn, coming up just after midnight next Wednesday morning, or perhaps late Tuesday night depending on your time zone.

In the chart cast for Washington, DC (and this chart rules the whole of the US, since the nation’s capital is there) we find an Ascendant degree of 16 Libra, which is tightly conjunct the US government’s natal Saturn. Questions of responsibility, fairness, and karma come to the fore, as Father Time carries this country towards our Pluto return (which will perfect in February 2022).

The whole sky in the New Moon chart, moreover, is answering to Saturn as their ruler, now in the early degrees of Aquarius: Venus, the Moon, the Sun, and Pluto all feel his influence as they pass through Saturn’s home sign of Capricorn — and Venus tugs Uranus and Mars (both in Taurus) along with her — while Jupiter, Mercury, and asteroid Pallas Athena all dwell beside Saturn in Aquarius, the sign that he co-rules with Uranus.

These are potent aspects for comeuppance, and for buckling down to work. Think seriously about your relationship to the community around you; take brave action that accords with your vision. Mercury in Aquarius helps us look at the big picture, the patterns unfolding in our life. Saturn in Aquarius begs us to recognize and honor one another’s human rights and to create a culture of dignity for all.

This is the first New Moon to occur since the Jupiter-Saturn conjunction on December 20, and it energetically inaugurates the coming twelve-year cycle. We’re invited to let go of old, repressive stories and invent a different kind of future.

So give yourself permission to do things a bit differently: embracing even small deviations from your “normal” will help to get you in the mood. Nostalgia and habit are powerful psychological forces . . . and yet, if you’re reading this, you’ve lived long enough to know that change is both constant and inevitable. You may as well put some thought into making the changes ones that you’ll enjoy. Remember, Mercury makes us all extra smart right now! You know what needs to be done.

Uranus, the Lord of Change and modern ruler of Aquarius, is stationing to go direct in the New Moon chart. He’ll have slowed nearly to stopping on Wednesday, and he pivots on January 16. We can expect more shocks to the system as the news cycle continues to spin with greater and greater velocity when Uranus goes direct. Wear a mask, wash your hands, and make time to give yourself comfort. The Capricorn Moon is out of bounds, so we’re extra emotional as well. This can be a time of depression. Check in on your sensitive family and friends.

There’s a big old tense square in the sky, between the Aquarius planets on one hand (Saturn, Jupiter, Mercury, and Pallas) and the Taurus planets on the other (Uranus and Mars). Each side is tempted to dig in and get stubborn. We must resist the urge to freeze time.

Many, many astrologers (including myself, in my recent year-ahead webinar) have highlighted the upcoming series of Saturn-Uranus squares; the aspect hits three times in 2021, and we’ll feel its effects throughout the year.

P.S. My next New Moon webinar is scheduled for this Sunday, January 10. Join me to learn even more about the aspects ahead. (Update: here’s the link to purchase the recordings from Sunday.)

P.P.S. On Saturday, January 16, I’ll be speaking for the Florida chapter of NCGR about my own “pinball” technique for approaching a chart. It’s open to the public (though it will make more sense if you’ve studied astrology). Details and registration here. xoxo 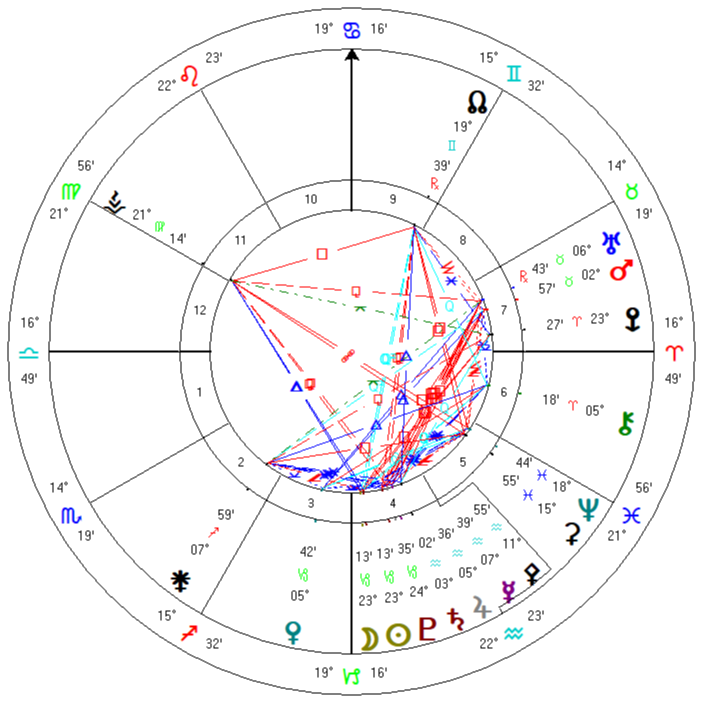