The next New Moon is scheduled to take place this Sunday evening, April 11, at 10:31 PM Eastern US time. Sunday is a particularly potent day for us on Earth. The energy of this New Moon is tied closely to the COVID aspects of the past year, and it initiates a new 38-year cycle, as well as the usual two-and-a-half-year and year-long (it’s the first New Moon in the Zodiacal year!) cycles.

For the next 38 years or so, we astrologers are going to be asking our clients what was going on for them in the last week of March and first three weeks of April 2021 (i.e. two weeks on either side of Sunday’s New Moon). We’re all in a place where we’re making major changes in the structures of our lives and committing to the next phase of our growth.

The New Moon falls at 22 degrees, 24 minutes Aries, conjunct Venus at 26 degrees Aries. (See chart below.) Just after the New Moon on Sunday night, Venus in Aries forms an opening square to Pluto in Capricorn, even as both are dancing with the Nodes of Fate.

You may recall from last year that 22 to 24 degrees in the cardinal sign of Capricorn was a “hot spot” closely tied to the COVID pandemic. The virus went global around January 12, 2020 (when Pluto and Saturn met up at 22 degrees Capricorn) — and we saw other turning points in the situation around April 4 (the beginning of clinical trials for the vaccines) and around June 30 (when China, followed soon by other countries, first authorized vaccines for emergency use), on both of which dates, Jupiter and Pluto met at 24 degrees Capricorn. Jupiter and Pluto met again on November 12, back at 22 degrees Capricorn, right around the time that US citizens voted to expel our COVID-Denier in Chief.

These big guys are the planets that I called “the COVID clump.”

Now that the New Moon in Aries is squaring that hot spot, reviving and stimulating all the decisions, processes, and structural changes we went through last year. It’s a moment for psychological integration: our Ego and Soul uniting to look hard at what we have been through and where we’re headed. How has your perception of reality shifted since January 2020?

Last August through December, when Mars was in Aries, he danced across this New Moon point three times, prompting us to take action. Now that the New Moon is at 22 Aries, we’ll see the results of the action we took.

Spring is springing and the renaissance has begun, but it’s not without trauma and drama. Mars in Gemini (answering to the Sun, Moon, and Venus in Aries) offers multiple versions of the story, but just one of them is the Truth — for YOU. Keep sifting for truth. Breakthroughs are on the horizon.

If you’d like to learn more about the energy of this New Moon, I invite you to join me for my webinar on Sunday, April 11 at 7:30 PM Eastern (ETA: recordings and slides available to purchase here). We’ll talk more about the configurations in the sky, and I’ll help you determine how the New Moon energy plays out in YOUR life and chart. Hope to see you there.

P.S. I have virtual talks coming up for OPA in April, NORWAC in May, and GLAC in June, as well as a new project with AstrologyHub. 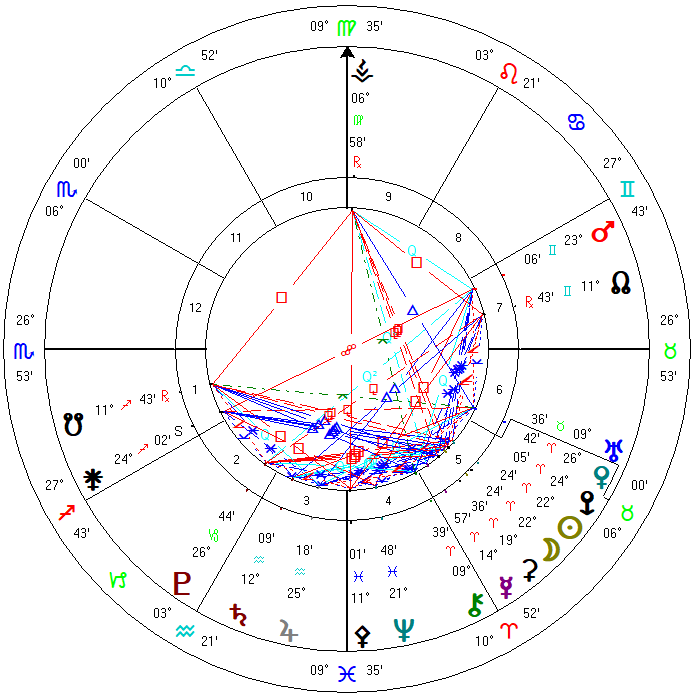 The Once and Future New Moon in Pisces